On Friday, Feb 6, 2015, we met for the Bay Area InterVarsity Winter Conference of PhD and grad students from universities in the Bay Area (UCSC, Stanford, Berkeley, UC Davis). The next day, we would create an info session in the afternoon for our upcoming Passion Talks conference. At this meeting, I gave a presentation on our history and big picture– The Intellectual Faith Movement.

The history you can find at this post. That recap leads up to 2012, when Heidi Baker spoke at Stanford, and our first Passion Talks Conference in 2013. You’ll find all of this at http://passiontalks.org.

I’ve been going to these “PhD retreats” since 2009. Were these retreats just another meeting? Think about it, we were all pursuing PhD’s in all areas in regards to God’s creation, and it felt that no one could see the benefit in networking more. For me, it was clear that we were being prepared to be the next movers and shakers, but, right now, we seemed so timid, meek, and lost.

In 2011, I wrote in a blog post: “If we, with the most [intellectual] influence, who draw our strength from God, don’t contend for the darkest and most devastating problems and injustices of the world, then who will?”

Now, at the front of the room, 6 years later, I’m asking questions like:

The summary of what God has laid on my heart is as follows: 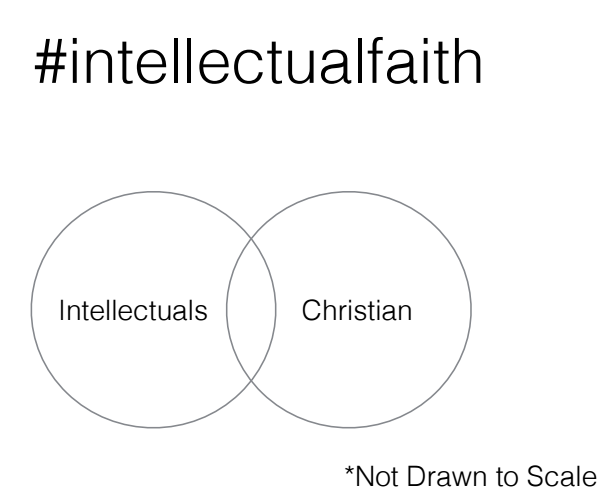 You may be asking yourself, “am I an intellectual?” or even, “what is an intellectual?” This is important to identify, because such a term would offend the church if used incorrectly. Why aren’t non-musicians offended by the musician identifier? Well, because it was their choice to not be a musician; furthermore, it’s a label that we can chose to wear or not. So, when I say intellectual, I mean it in the same way. Clearly, those who’ve chosen the university life are intellectuals, but it is their appreciation and desire to understand the complexity of the world that brought them there. Neither having appreciation nor desire for complexity are a measure of a person’s worth or intelligence. Being an intellectual is an identifier that anyone can chose to wear. It follows that the Intellectual Faith Movement is the Gospel in an inviting and relevant context to the intellectuals of today.

Passion Talks is just an instance of the Intellectual Faith Movement. It looks somewhat like this:

I told these PhD students that I “imagine a world where we aren’t ashamed of people’s hasty conclusions about Christianity, because we actually aren’t like the Christians portrayed in the media. I mean, most Christians aren’t, but instead of saying what we aren’t, we can tell them we are part of arising movement called #intellectualfaith.”

This is the Intellectual Faith movement, a revolution of love among those with an appreciation and desire to understand the complexity of God’s creation.

One thought on “The Intellectual Faith Movement #intellectualfaith”