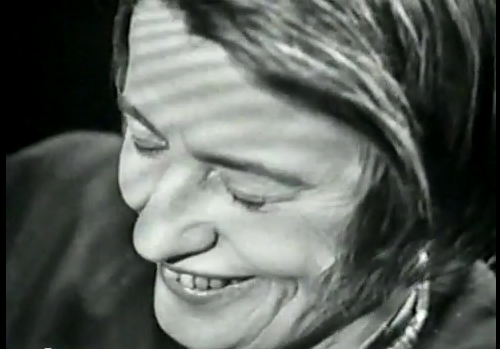 Well, that’s probably too much of a stretch..haha. I believe Ayn Rand has made some points that I’ve cherry picked for my own selfish agenda. I mean the point of this post that that I’m selfish. I often don’t feel like being nice, especially if I’m tired. I tend to ignore homeless people if they ask for money (unless I can give them food). I don’t talk to people unless I feel like it, and I quickly dismiss people if I don’t think they know what they are talking about. I find myself constantly assessing whether or not people are making a good use of my time, and I usually say no when the self checkout asks me if I want to donate $1 (as I pay for my groceries).

My use of technology is also very selfish. I only use twitter to keep track of what I’m doing and the random thoughts that cross my mind. I use facebook to steal and post interesting links that I want to remember for later and, also, as my personal address book. I blog to keep track of my own ideas and events, and I take photographs to quickly log the activities of my life. I care a little, but not whole lot about who reads my thoughts or agrees with me. I do all this mostly for me.

So, why do I love Ayn Rand? Maybe I like her independence and her immunity towards conformity. By no means do I fully understand what Ayn Rand was about (besides what I learned from Bioshock, Google, and Wikipedia). In her interviews, I found her to be an adorable woman who takes herself very very seriously. All joking a side, her book, Fountainhead, is probably one of my favorite works of fiction. 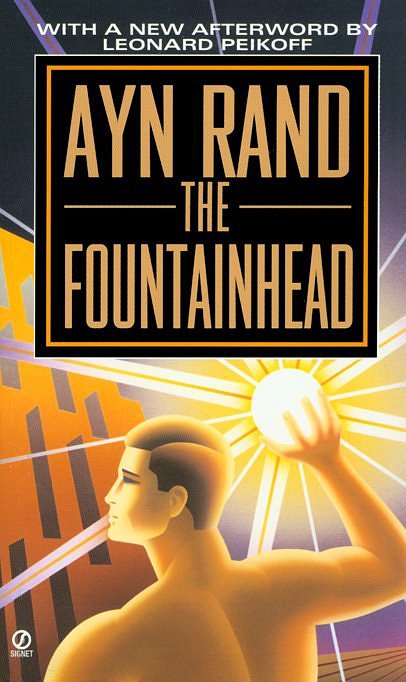 If there were two things I didn’t like about Fountainhead, it was the “happy ending” and the lack of emotions. Since Rand left out much of the emotional introspection of her characters, I was able to satisfiably assign my own (as I told myself her story). What Fountainhead did for me was that it uniquely captured the lonely road of social deviance, refusing to live a world less-than what one believes is ideal. The ridicule and misunderstandings that the main characters experienced felt validating.

Not only was it validating, but it was eye-opening. Evil, in this story, came in the form of corrupt altruism. Corrupt altruism is indeed corrupt. In fact, I think it’s even worse than non-altruistic malice. It reminds me of the Bible verse: “Each man should give what he has decided in his heart to give, not reluctantly or under compulsion, for God loves a cheerful giver.” Charity should come from a place of joy and freedom, not from compulsion or obligation.

Does she believe that all altruism is immoral? From reading Fountainhead, it sounds like she thinks that altruism is impossible. This is what Jesus had to say about those who’d hope to clothe themselves in altruism: “Woe to you, teachers of the law and Pharisees, you hypocrites! You clean the outside of the cup and dish, but inside they are full of greed and self-indulgence.” Just read all of Matthew 23.

Rand also agrees that you should give only when you mean it, not out of compulsion. In her interview with Mike Wallace in 1959, she gives an example of where it is appropriate to act selflessly. The loop-holes are endless!

Wallace: You are married?
Rand: Yes.
Wallace: Your husband, is he an industrialist?
Rand: No. He’s an artist. His name is Frank O’Conner.
Wallace: Does he live from his painting?
Rand: He’s just beginning to study painting. He was a designer before.
Wallace: Is he supported in his efforts by the state?
Rand: Most certainly not.
Wallace: He’s supported by you for the time being?
Rand: No, by his own work actually in the past. By me if necessary, but that isn’t quite necessary.
Wallace: There is no contradiction here, in that you help him.
Rand: No, because you see I am in love with him selfishly. It is to my own interest to help him if he ever needed it. I would not call that a sacrifice, because I take selfish pleasure in it.

I’m not a nice person, and if I am ever nice, it is because I get selfish pleasure from it. (It’s funny that I can only find studies on second order altruism, but not anything on second order selfishness.) Anyhow, it’s even worse that I’m not a follower of Ayn Rand, but of Jesus Christ. I admire people being nice and I think, “wow, I should be more like that.” It’s as if I am jealous that this nice person appears more Christ-like than I, and in that sense, I’m not too different than those hypocrites that only care about the “outsides of their cups.”

So, these days when people ask me why I’m going to Africa in December, I say well, I’m taking the “objectivist” point of view on it, and I’m going for my own selfish reasons. I’m not better than anyone, and I don’t need to be. I do the things I do, b/c I like doing them 🙂

Maybe I’m just saying all this b/c I’m afraid of the KONY2012 backlash. As Feminist Frequency has experienced, the internet can be a nasty place these days, but more on that later.

10 thoughts on “I agree with Ayn Rand”