“What’s an Xbus?,” I asked myself. I knew I’d find out at the CGDC, after seeing it as a listed activity during the conference.

The Xbus is a converted 40′ transit bus that has been outfitted for 16 person multiplayer LAN link video games. It has 16 networked Xbox 360 game consoles so that means that each player gets their own 27” HDTV. There is a 13kW onboard generator that supplies power for everything so it doesn’t even cost you for electricity. We even have a soda machine onboard. We provide everything for the ultimate gaming experience. 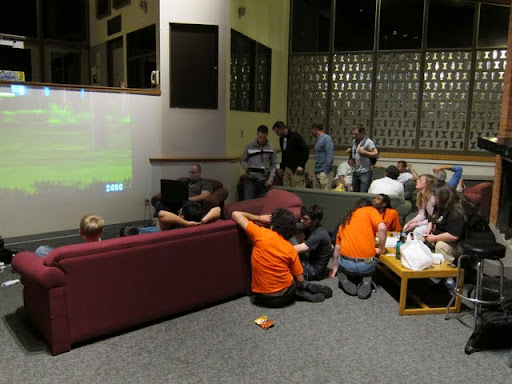 I checked into the dormitory that first night, but got sidetracked by all the amazing videogame demos and conversations all around. Late into the night, a crowd of attendees poured in with the look of satisfaction from a series of free-for-alls or, perhaps, having blown up a fair share of Covenant Elites. 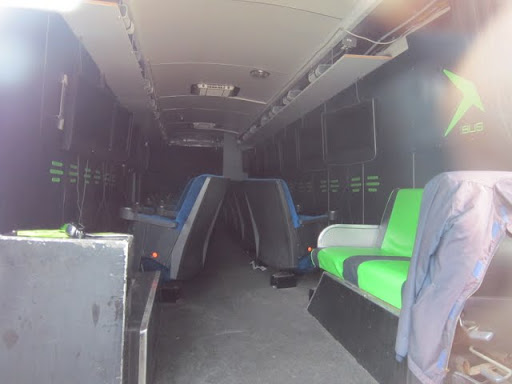 The next morning, I found this 40 foot transit bus in the parking that had been remodeled into a 16 person multiplayer LAN-mobile. You can find out more about this invention here. 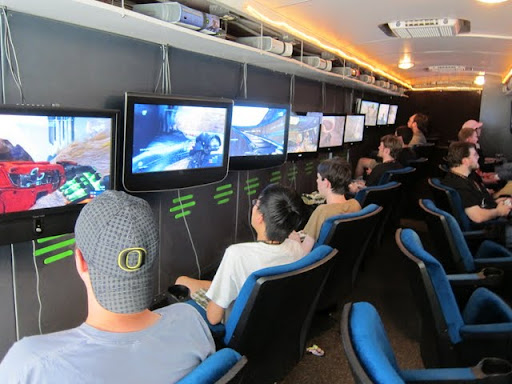 I was compelled to not only try it out, but to pray for this bus and its owner. Now, you never know how people will respond to prayer, but I soon found out, he was “part of the family.” In addition to the birthdays, bar mitzfahs, and bachelor parties, he often donates this vehicle for the use of youth groups at retreats, camps, and churches. 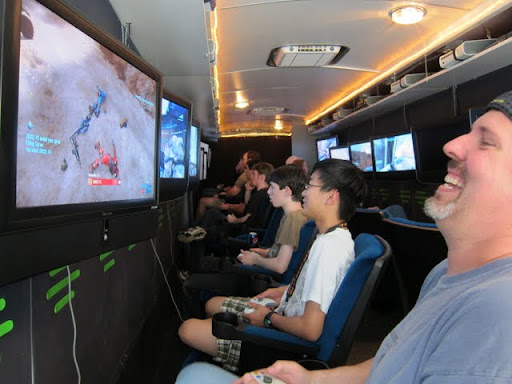 What he didn’t realize was that this vehicle was a great encouragement to me and this conference. He didn’t even realize that he was parked outside a Christian Game Developers Conference, so I made sure to connect him, as he has a unique perspective on our industry. 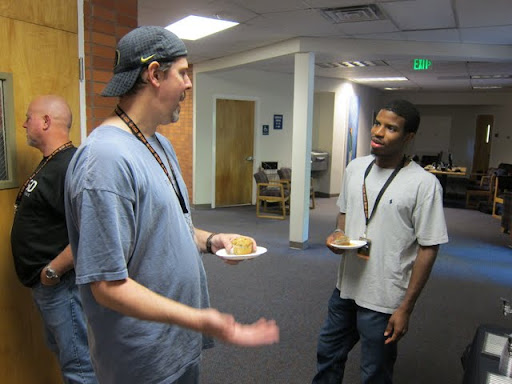 In Christian circles, I am constantly having to swallow the bitter rhetoric that leaders use to vilify God’s technology, and here was a man, sharing God’s creation with his people. “Don’t worry, it won’t bite.”

God’s kingdom is constantly being extended by the creative and entrepreneurial minds of his people, and in this case, giving new meaning to the term “mobile gaming.” 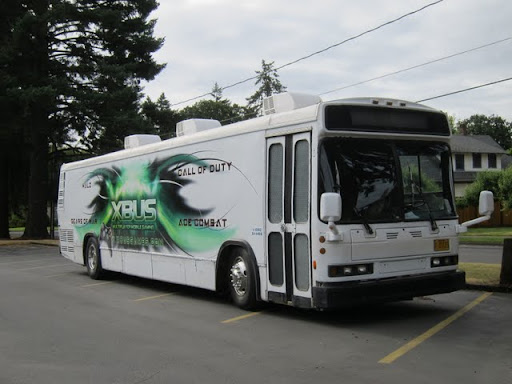