I am determined to get all caught up in blogging! My research, in other news, is going well. I’m more motivated to blog these days, b/c, well, you’ll have to wait for me to get to that blog. What’s to come? One on being hustled, one on GDC, one on Jubilee, and one on CGDC. This one is about APEST; which is like BINGO, but, instead of numbers, it’s people.

I first learned about APEST when I joined a “house church.” As far as church goes, I’ve had the best experiences with this kind. They structure their leadership after the APEST model. This is AKA the Five Fold Ministry taken from Ephesians 4:

11 So Christ himself gave the apostles, the prophets, the evangelists, the pastors and teachers, 12 to equip his people for works of service, so that the body of Christ may be built up 13 until we all reach unity in the faith and in the knowledge of the Son of God and become mature, attaining to the whole measure of the fullness of Christ.

14 Then we will no longer be infants, tossed back and forth by the waves, and blown here and there by every wind of teaching and by the cunning and craftiness of people in their deceitful scheming. 15Instead, speaking the truth in love, we will grow to become in every respect the mature body of him who is the head, that is, Christ. 16From him the whole body, joined and held together by every supporting ligament, grows and builds itself up in love, as each part does its work.

Apparently, this model, along with house churches, is responsible for the mass revival in Asia and Africa. Some trendy Christian writer has a book that I think is a big deal for seminaries, as Zwak had written about this book, The Forgotten Ways, a while back.

APOSTLES extend the gospel. As the “sent ones,” they ensure that the faith is transmitted from one context to another and from one generation to the next. They are always thinking about the future, bridging barriers, establishing the church in new contexts, developing leaders, networking trans-locally. Yes, if you focus solely on initiating new ideas and rapid expansion, you can leave people and organizations wounded. The shepherding and teaching functions are needed to ensure people are cared for rather than simply used.

PROPHETS know God’s will. They are particularly attuned to God and his truth for today. They bring correction and challenge the dominant assumptions we inherit from the culture. They insist that the community obey what God has commanded. They question the status quo. Without the other types of leaders in place, prophets can become belligerent activists or, paradoxically, disengage from the imperfection of reality and become other-worldly.

EVANGELISTS recruit. These infectious communicators of the gospel message recruit others to the cause. They call for a personal response to God’s redemption in Christ, and also draw believers to engage the wider mission, growing the church. Evangelists can be so focused on reaching those outside the church that maturing and strengthening those inside is neglected.

SHEPHERDS nurture and protect. Caregivers of the community, they focus on the protection and spiritual maturity of God’s flock, cultivating a loving and spiritually mature network of relationships, making and developing disciples. Shepherds can value stability to the detriment of the mission. They may also foster an unhealthy dependence between the church and themselves.

TEACHERS understand and explain. Communicators of God’s truth and wisdom, they help others remain biblically grounded to better discern God’s will, guiding others toward wisdom, helping the community remain faithful to Christ’s word, and constructing a transferable doctrine. Without the input of the other functions, teachers can fall into dogmatism or dry intellectualism. They may fail to see the personal or missional aspects of the church’s ministry.

I don’t remember what you win when you achieve BINGO, but if you find APEST, you now have an efficient team of world changers. My Athiest PhD friends agreed that this seems like a practical start-up model for businesses.

I’m not going to retell the Winter Retreat, so you’ll need to read it here, but after the retreat, I realized that we had some primitive form of APEST happening. 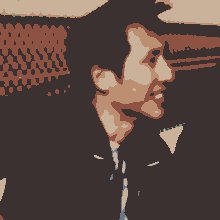 APOSTLE – He has proven to be apostolic by planning his own vigilante unity events. I criticized him for being nonchalant, but I believed him when he said that he moves without hesitation when God tells him to. He has favor with authority that I’m only beginning to fathom. While I try to plow over the previous establishments, he works through the constraints logically with subdued emotions. It seems like he does continue to construct feasible solutions to the problems at hand as I was writing about in the post on passion. For the retreat, I had the idea, but he’s the one with the bridges to gain the access. Frankly, I just don’t see him as any of the other roles… possibly Prophet. 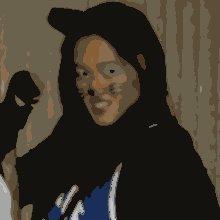 PROPHET – When I told my friend Daniel about this, he was like… “So YOU’RE the prophet?” As if I saved the best for myself. Obviously, he didn’t know about the 5-fold ministry. Apostle are apparently the bigger deal in terms of honor, but these the roles (in my opinion) are specific to a given movement. Also, we should all realize that prophecy is a gift than anyone can have to various extents. Just because you aren’t functioning as the prophet in a movement doesn’t mean you aren’t prophetic. I have, for example, been called a prophetic evangelist. Anyhow, the story of Winter Retreat speaks for itself. Seriously, just read that description of prophets and the glove fits– “belligerent activists or, paradoxically, disengage from the imperfection of reality and become other-worldly” indeed. I was told at IHOP that Apostles help set boundaries for Prophets. That was somewhat the case during this Winter Retreat.

And in the church God has appointed first of all apostles, second prophets, third teachers, then workers of miracles, also those having gifts of healing, those able to help others, those with gifts of administration, and those speaking in different kinds of tongues. (Corinthians) 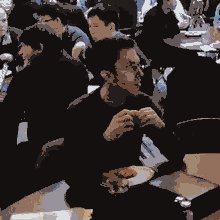 EVANGELIST – This one is currently in China. He’s so outreach minded, you wouldn’t believe, constantly connecting from one community to the next. During the altar call prayer, I had the opportunity to pray for him. His prayer was for the lost, for his friends, and for people to know more about God. Of all the people I’ve connected with, he’s caught the vision best of all. He’s one who could actually fill many of these roles, which, I’ve heard, means he’s a likely an Apostle as well. Apostles can often do a little of everything. They’re like the Red-Mages (haha, Final Fantasy joke). 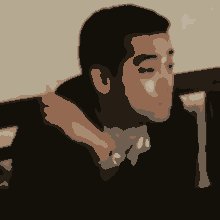 SHEPHERD – If you read the Winter Retreat post, you could probably guess who this is. He’s the one, in the midst of my running around, aware of the the status of quo of people. He knew that I needed encouraging, and he saw things that I didn’t. Many times, did he identify qualities in different people. It seemed so second nature for him to observe and form insightful conclusions about people and what was happening. He noticed I was frustrated before I even noticed I was frustrated, then immediately said the exact thing I needed to hear. Of the little that I do know about him, I can’t really see him functioning as anything other than Shepherd– he’s just so natural and good at it. 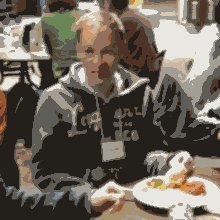 TEACHER – This one was my ride. I hadn’t spoken to him in a while, but we’re pretty familiar with each other (despite having changed so much). He’d matured a great deal, as did I. While driving through the mountains to and from the Winter Retreat, he was explaining to me concepts of human interactions that he learned through improv acting. The illustrations were not only compelling but amazingly relevant. He’s just so good at explaining things. He makes you WANT to listen to him, even though he often unrelentingly stands his ground. In the past, I’d find him too myopic, and he’d find me not rigorous enough. Although, he did comment on how I’d really learned my Bible in the past couple years. I clash with this one like I clash with the Apostle– constructively, of course. I can see him serving other roles as well. Perhaps, Shepherd and Evangelist more than any of the others, but the context of our team, he is clearly the teacher.

During the retreat, I told the Apostle that each of these guys would go into ministry. He said, “you say that about everyone.” I said, “no, just about these three people.” He responds, “well, good for them.”

Man, reliving that conversation makes me laugh.. hahaha. Anyhow, I only named these people as those, I believed, were going into ministry for God eventually. I made sure each of these guys met the others, but it wasn’t until after the retreat that I realized I had achieved APEST!