More-so before, my labmates and I would watch television, after some meal that I’d prepared. Usually, we’d try to catch John Stewart and Stephen Colbert, which comes on at 11:00 pm. Sometimes, we’d have nothing to watch and be forced to flip through the channels, while we all just browsed the web on laptops in my living room.

It feels as if the History channel would be fitting for such a well knowledge group, but, as we’ve all observed, this channel has transitioned from being about wars and famines to being about ghosts, aliens, and conspiracy theories.

What do I think about these ghost busters and alien investigators? Well, my friends think that they are idiotic. I find them very passionate about things that won’t get them anywhere, but what do I know? The History channel must’ve made this transition in content because it was the more profitable thing to do. 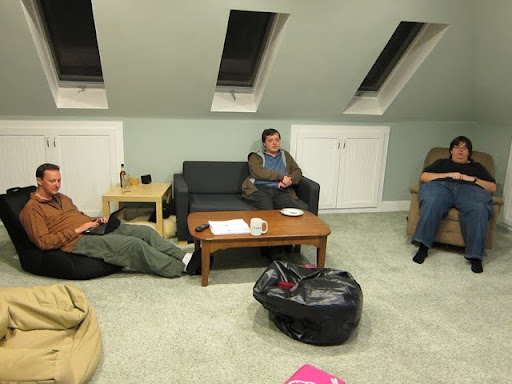 My friends probably do not account for the majority of tastes in TV viewers.

Within the last year, I’ve become a miracle chaser. In some ways, I’m afraid that this is no different from busting ghosts and investigating aliens. Perhaps, I’m more opened to this because I was raised with strong eastern beliefs in a supernatural.

A Glimpse of My Supernatural History

I was Buddhist up until I was 10 years old. My parent’s had an altar in the house, with incense that regularly burned and fruit presented on a platter for statues and paintings. I learned chants that exalted the gods and goddesses, which seemed to only worsen my childhood nightmares.

I recall my parents being very superstitious, they’d take seriously the warnings given by fortune tellers and mediums. I remember they made 50 or so copies of some Buddhist text and carved characters into the shell of a live turtle, at the advice of the spiritually clairvoyant. Now, I admit, I was young, and I may not have all the details accurate, but you get the idea.

Probably, we all remember Benny Hinn, and other healing televangelists. As a child, it was comforting to believe in miracles, although most educated people would say say that investigations show these signs and wonders to be fraudulent. Perhaps, many of these people may not have ever experienced it from a close relative or friend.

When I was 10 and living in Taiwan, we went to some powerful Buddhist medium. He was credited with having healed one of my aunts who had a tumor the size of an orange in her neck. That was the first time I was presented with someone who could speak from experience. I remember she was a tall woman with long wavy hair, and her smile was asymmetrical from nerve damage.

Back in the US and after becoming Christian, I’d recall similar stories from missionaries abroad and Christian television shows like the 700 club. Besides that one time with my aunt in Taiwan, no one really talked about faith healings, ESPECIALLY not the Christians.

My Introduction to Pentecostals

One of my best high school friend’s mom, was very much into the greater works of the Holy Spirit. In high school, I had a deep connection with God, because of what had happened that one year in Taiwan, so her mom decided to take the both of us to some Pentecostal retreat center.

If I were to describe it now, it’d sound like some strange cult, where they gathered to hear this woman, Sylvania Machado, speak in Portuguese about her supernatural healing and how gold dust fell out of her hair. To be honest, it did look like glitter sand pouring out from her head. Even so, I wasn’t very enchanted by it all.

I felt pressured to be “baptized by the Holy Spirit,” and they said that I was too concerned with what other people around me to break out into tongues. I do eventually do the whole tongues thing about 10 years later, that I wrote about here. I remember being pushed down in the whole falling over as she came around to touch my forehead with oil that apparently comes out of her hands. It sounded kind of gross, but smelled like baby oil or some similar fragrance and viscosity on my forehead.

Sylvania’s story was incredible, and other than my friend getting healed of a stomach ache, I don’t really remember much else.

(As I was looking for an image of Sylvania, there are a few haters. These days, it seems like anyone who talks about a supernatural gets hated on. People are so quick to think that someone is a threat against them, but if they’re a fake, then why bother?)

In college, I was coming to terms with the fact that churches suck, and I was working my way around college Christian groups like InterVarsity, and just about every other group (but mostly, InterVarsity). Perhaps the most charismatic groups where the ones what had more black people– I’m not making a generalization, I’m stating an experiential fact. These groups were: Armor of God, Warriors for Christ, and the UD Gospel Choir.

No one talked about prophecy and healings much. On campus, there was one lady who spoke about bitterness and knowing our benefits, who I believe was probably pentecostal. Isaac Hicks (who’s a blogger on this site) often prayed in tongues. I also remember being invited to see Joyce Myers once by a classmate.

At this Korean Presbyterian church I went to, (which btw, does not believe in this stuff) there was a guy, Mike Hu, who was keen to the Lou Engle and Che Ahn stuff, and spoke positively about healings and praying away head aches. He seems unaggressive and maybe even undercover with his charismatic beliefs.

Isaac and I did a prayer night, and there was a guy there who looked like a GI Joe named Braham, who was so hungry to see healings happen. Looking back, I wish I had taken him more seriously. One night, I had on of the worst stomach aches, and Braham wanted everyone to lay hands on me. For a few seconds, the pain lifted. We didn’t really know what we were doing, so the healing itself didn’t leave much of an impression on me. Though, I can clearly remember having the thought of what I would do if seeking God meant that I’d have such pain every time I prayed.

The last two are the most impactful experiences I’ve had with charismatic Christianity in college, and both were through my academic mentor, who was living with leukemia. Although, both these experiences impacted me more on the prophetic side of things. One being a man, who was a psychologist, with some past or present affiliation with the Catholic church, and, currently, had a healing ministry. Funny enough, I recall him saying that he could’ve done a similar ministry to Benny Hinn. I forget his name, but I did go to one of his healing services, wondering why he couldn’t heal my mentor, if he believed that such was possible.

The second one was a woman who had a home-church called the “Nottingham Network.” It’s, perhaps, my first exposure to home churches. There, the woman, named Vivian, told a story of her own healing. Again, these stories are amazing and everywhere, but still, not enough to change my level of faith on the matter.

What you have just read is the entirety of my experiences with healings up until this past year.

Since all of that, which really isn’t much interacting with faith healings, my exposure has unintentionally gone up far beyond quadruple the amount of prior encounters combined. The beginning of this chapter starts at this past conference on Foundations of Digital Games, where there was another conference at the same retreat center for the Church of Christian Science. I’ll write about this past year in another post.

7 thoughts on “Miracles Chasing Me”