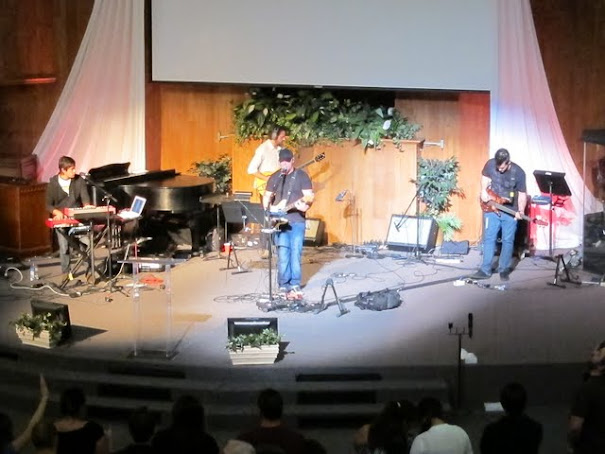 First, I do want to say that so much happens in my life, that it seems impossible to write it all down. I’m trying the best I can, haha. This weekend, however, merits a quick recap.

Friday night, I met at the Johnson’s house to drive to San Jose for a Jake Hamilton concert. I first heard Jake in Atlanta, when I was there for an Artificial Intelligence conference, and also, where I received the gift of tongues (that’s a story for another blog post). After the concert on Friday, I go to the Santa Cruz diner with Jake and his band, and the next morning we all kick it over some breakfast casserole. After breakfast, I head back to San Jose for an Israel Houghton concert.

One way to capture the weekend is to say that I went from one really “white” concert to a far more culturally diverse one. Another distinction is that I spent a great deal of time listening and interacting with Jake Hamilton, while at Israel’s concert, I was solely a spectator. For my personal tastes, I found myself more introspective during Jake’s show and, at Israel’s concert, I was far more into the music. Overall, my favorite parts of both shows were when each artist took time to share their hearts.

Jake Hamilton puts everything he’s got into what he knows from his relationship with God. His zeal spoke louder to me than his music and his words. 2 points that really stuck to me: (1) he explained so well why we sit at Jesus’s feet instead of working our tail off doing things for Him (I’ll write more in another blog post about this), (2) he said that the church has forgotten how to mourn with a messed up world in mourning.

Someday, I see myself speaking with my whole heart about the things that matter most to me just like Jake. 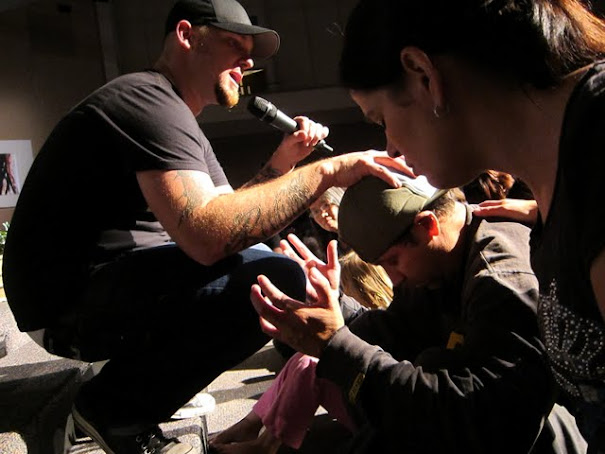 Israel Houghton, not only, shared about his causes and projects, but, most impact-fully, he told us the story of where he came from. Israel’s mother came from a white family that wasn’t comfortable with interracial relationships, and when she was pregnant with a child of mixed ethnicity, she had to leave home. He said that she was on her own and on drugs, when a woman off the street came to tell her that Jesus loved her. Israel’s mom had never heard the Gospel before, and gave her life over to God right on the street. No abortion, no adoption, and decades later, Israel has had the opportunity to reunite his mother with that woman, due to his vast influence in music. The woman said that God prompted her to go across the street to share His heart with someone else, and here we are, decades later. 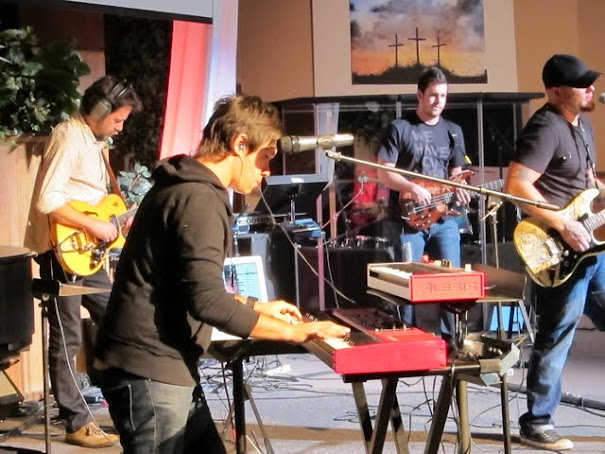 Man, I wish there was more time for me to write, but this is how it goes I guess. What it means is that I’m adventuring so much, that I can’t even find the time to capture it all. In any case, both concerts spoke relevantly into my current state of life. (1) I’m trying to figure out how to love God first, because I’d just read in a Heidi Baker book that being in love is what needs to drive me, (2) I’ve been trying to explain to everyone the significance of listening to God and of the willingness to live a life that’s available for amazing outcomes.

Ugh, I pray that I have more time to share these experiences… Here’s some youtube I recorded of Jake Hamilton in the meantime (if you are going to watch any of them, make sure you watch the third one):

5 thoughts on “Tale of Two Concerts”